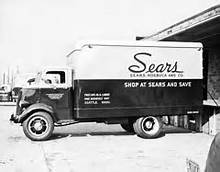 Whatever has become of the capital ships of capitalism? Rocks and shoals they did not see on their charts as they steamed forward on the seas of commerce are now evident. Their confidence once undaunted, is now shaken by technology that failed to appear on their boardroom scopes.

Was the trouble all started by the torpedo Amazon fired into the marketplace? Commander Jeff Bezos lay beneath the waves in some sinister U-boat, unseen, an attribute which is now considered “stealth” and thus more honorable. One need not take an entire Saturday to shop now, instead the task could be completed at home, in a few minutes, and in one’s slippers. The consumer trades delivery time for the time at a mall. What possible defense does a large department store have to such a weapon?

Too late these national brands tried to retake the initiative with on line services, but the effort proved clunky, often poorly designed, and in the end, nearly always too hard to navigate.

It is said that Amazon has now gone somewhat into brick and mortar, brazenly lying on the 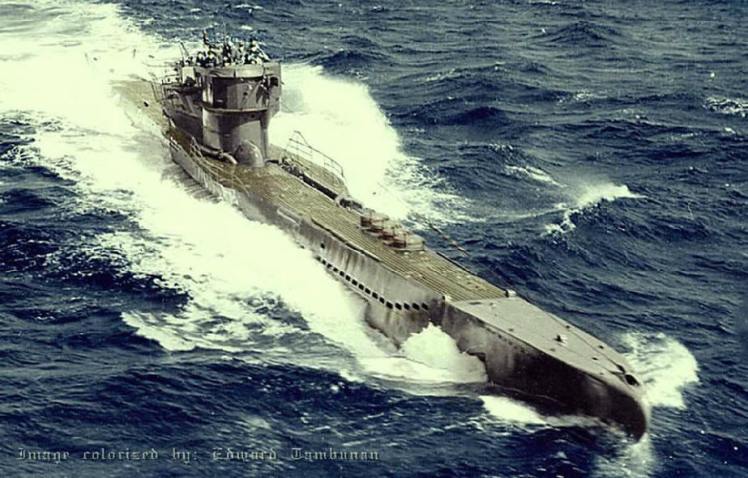 surface yet the fleet of retailers is now too weak to challenge them. It seems Amazon has developed software which, when the App is downloaded to the cell phone which everyone has on their person, a customer merely has to lift the item off the shelf and leave the store, the App acts as the checkout clerk, one need not wait in line.

Of course there is no cheerful greeting, no leaving the counter to walk out and around the register to hand the bag to the customer and thank them for their purchase. And there is no ambiance, no sense one is part of something bigger than the individual, no pride, no majesty of just being there, in the store and among all the produce of a great nation.

To cut cost to return to profitability, Sears apparently has decided to have less sales clerks, further weakening the experience of being there. A visit to the single remaining anchor tenant at the Everett Mall, ( Macy’s another ship which has slashed its moorings there ) is disappointing. There is some merchandise left, but it hangs loosely in the rigging of the store, disorganized, and far from ship shape and marlinspike.

A purchase of blue jeans must be made in the tools department, because that appears to be the 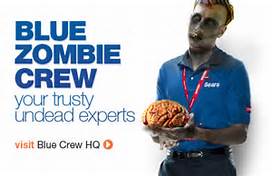 only register staffed by anyone with a soul. The man in front of me stands in hope again that the DeWalt drill he ordered 6 months ago would have arrived. He holds a tattered receipt as if it is a worn passport or letter of transit, with the look of a retail refugee. He hopefully asks the clerk if his drill has arrived, and she asks in reply, “ Can you spell “DeWalt?”.

Perhaps the saddest of them all is the Hudson’s Bay Company. A visit to this crumbling edifice over President’s Day Weekend in Vancouver British Columbia confirms the issue is not limited to the United States.

The company was founded in 1670 as a fur company and an outfitter for those heading into the wilds of Canada. The proud crest which still greets one entering the store does not make up for the worn look of the marbled and columned exterior, meant to convey the strength of a vibrant player in commerce, now with cracks and pieces missing appears more like the Coliseum in Rome than Harrods in London.

Some of the escalators do not work. The space between the escalator arriving on one floor and then its partner inviting a ride to the next is empty, not even ghost like manikins displaying wares are there to greet us. Instead these spaces appear to be the dumping ground for paper plates and cups of finished lunches of some patron or worse, perhaps an employee. The doors to the elevators, the alternative to the escalator, are scratched and unrepaired.

A visit to the men’s department is equally disappointing. A large display of cuff links are available, yet they do not seem to sell shirts with French cuffs. There are a few such sleeves in the vast number of trim fit shirts that are for sale, yet any man who has worked for a couple of decades in an office and is therefore likely to be able to afford these shirts is never going to fit into a trim fit. It is if the place mocks the patrons likely to shop there.

It is only the models pictured wearing briefs and nothing else who might fit into these shirts, yet they are so thin and muscular it is clear they do not spend their days in an office, but in a gymnasium. I did not identify with them or their pouty looks as they taunt me with their high school waists. Besides, I have no tattoos.

Perhaps Hudson’s Bay Company is trying market to younger people, stock for them something that will appeal to their tastes. Other than the models in underwear and wearing only otherwise some put on serious face or the sales clerk, singular, in the men’s department I saw no such people. Just stacks of unsold shirts no one my age can fit into.

Among my treasures is a Hudson’s Bay Six Pelt Blanket my mother gave to me one Christmas. The idea is that the size and thickness of the blanket is measured in beaver pelts one trades for it. The price, that is number of pelts, is woven into a corner of the blanket in a different colored line. Mine has six such vertical lines. Historically there were also those with four, and those with two, depending on quality.

These are still available for sale, yet like so much merchandise today, there are substitutes to keep one warm on a winter’s night that cost less and are made in Asia of a more disposable material.

Even Nordstrom’s is seeing sales declines in their big beautiful stores. For reasons which remain unclear the piano player there was dispensed with a couple of years ago. The metaphor which comes to mind is the Captain Smith asking the band to continue playing on deck of the deck of the Titanic as the ship sank, yet here the Nordstrom board overruled the order, and panic now begins to spread among the passengers. 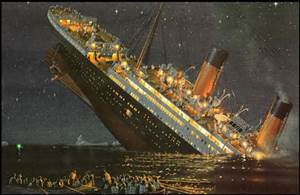 The metaphor which comes to mind is the Captain Smith asking the band to continue playing on deck of the deck of the Titanic as the ship sank, yet here the Nordstrom board overruled the order, and panic now begins to spread among the passengers.