I am so detached from popular culture there was a new fad that apparently arrived, peaked and disappeared without me noticing. Walking around Green Lake in Seattle my wife and I noticed people riding along on two wheeled sideways skateboards that seemed to be self propelled. Other than defeating the entire purpose of walking around Green Lake, I couldn’t imagine their utility. 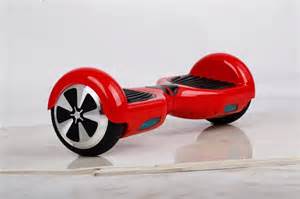 Until, that is, we read the Schumpater column in a recent edition of the Economist. Apparently this device was conceived of and manufactured with such haste, then set free in the stream of commerce so rapidly, no ponderous government oversight could be brought to bear.

Now they have begun to catch fire and throw people to the ground, and the market has apparently determined the regulations before any administrative body, executive order or other arm of the government could stop them from selling. There are lawsuits, no doubt, and Amazon has either stopped selling them or is very selective as to what hoverborad products they will allow to be marketed, according to the newspaper.

So I suppose the utility of the hoverboard is to illustrate the problems of a neoliberal economy supercharged by internet connections. Their arrival was slowed only by the physical impossibility of these devise crossing the Pacific Ocean any faster than can be achieved by aircraft, at great expense, or the old economy freighter, the proverbial slow boat from China. This is after all the economic world as envisioned by Ronald Reagan and Margaret Thatcher; deregulation, let the market decide what is good. Only a small fraction of the population has to get hurt before the correction is made.

I have no remedy however for my own failure to be hip enough to learn anything about current events until it is published by some ancient British publication. Perhaps that is for the best. I greatly prefer the speed I of life I was born into, when hula hoops were the rage, rather than the future shock of The Now.