I see there is another positive female role model making her way on to television this fall. The title “Supergirl” reflects a now tiresome formula of feminism in heroic poses. My question now is, is this really necessary? 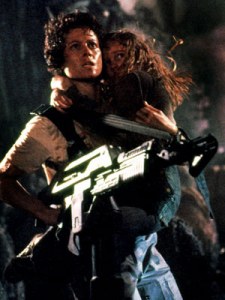 It has been nearly three decades since Sigourney Weaver saved another girl from the worst possible fate in a film which not only advanced women as warriors, but show cased the shortcomings of men, Aliens. Who can forget the space marine breaking down when his squad suffers its first defeat in combat with the Aliens?

Then Sigourney points out the little girl has survived months on the planet alone with the Aliens and you big tough marines can do it too.

Isn’t there some other cause that can be championed?