In space everyone is beautiful. I cant figure out how it is everyone in space is so fit.

It matters not when, where or on what planet they came from. Everyone in space is beautiful.

Lets start with earth. One of the first voyages was to The Forbidden Planet. Anne Francis and Leslie Neilson are downright handsome, even if playing 1950’s stereotypical female and male roles. 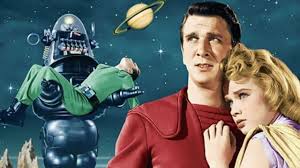 Even if we go back a long, long time ago to a galaxy far, far away we encounter beauty. Princes Leia does not suffer from the inbreeding royalty normally encounters here on earth.

Weird hair, but you know…

Things are even better in the 23rd century. Of course there were a few exceptions in Star Trek: The original series. Harvey Mudd was the immoral comic relief, and for his sins he was rendered fat. 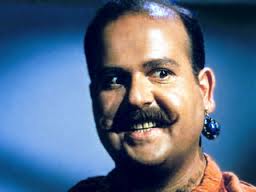 But generally things are pretty fit. How can this be with all those machines that save labor? I mean, look what has happened to an America where we have all kinds of technological advances.

And what about the Borg? 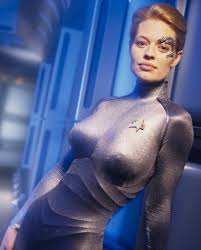 Some skin disorder is the only side effect of being part machine, which cleared right away but no lasting obesity from shared labor.

Even those with facial distortions we might call ugly, like the Ferengi or the Klingons are just the way the species looks, but they have no excess fat.

Why is everyone in space so attractive? Perhaps that is why it is called Science Fiction.

Meanwhile here on earth like in the film Alien, no one can hear you scream when you step on the scale.

On earth we have gravity, and it’s the law.

2 thoughts on “In Space Everyone Is Beautiful”