I have had the pleasure of representing Veterans, most often in the estate planning context. Sometimes I think my courtroom tales curl the toes, but the truth is the conflict we address day in and day out is without bloodshed. The tales these men tell evidence more at stake  and a privilege to hear. 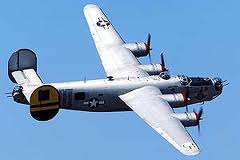 An older fellow was brought in with a scar running vertically across his forehead. During WWII he had been ground crew in England for the bombing campaign in Europe but volunteered to fly as the pay was 50% higher, $225 a month instead of $150. He was assigned to a B-24 as a tail gunner as he was small of stature.

The story is a German flak shell exploded near his plane blowing out the windows of his gunnery seat and causing the gash in his forehead. “I liked Europe”, he said, “but I went at the wrong time.

Then there was the fellow who invaded Tarawa age 17. He was supposed to be in the reserve. The landings started at 7:00 AM. It was the first time the Marines or anyone had tried an amphibious landing on a coral atoll. Well of course the landing craft got stuck and there was a call for the reserves by 8:30. He was in communications, and his commander could see the radios were going to be ruined if they got off in the surf, so they went back to the ship. Later the next day he waded ashore pushing bodies out of the way.

Months later was in the first wave at Saipan. He was wounded badly and only the thought of his mother crying at the news of his death kept him alive. Now very old, he has known since he was 17 he didn’t fear death. He’s seen it. Not hard to get there.

Not all my clients are from World War II. I represented fellows who fought in Afghanistan and other more recent conflicts. The stories are classified and told in that professional confidence lawyers are sworn to keep. I repeat it here but then I would have to resign the bar. Sorry.

There used to be a lawyer who practiced law next door. He fought in Vietnam, multiple tours as an Army Ranger. Nothing that happened in court bothered him. Nothing.

That is pretty much the story I hear from all the servicemen that come through my door. I now recall the young Marine all shot up in the battle of Falujah Iraq sent home to recuperate, only to find his wife had taken up with another fellow, a civilian, and moved with his daughter to some little town in Eastern Washington. He took this loss like all the rest; signed the papers, picked up his crutches and limped out of my office to live out the rest of his life with the one thing all these men have in common:

They have seen too much, more than anyone should.

One thought on “Representing Veterans: They Have Seen More Than Anyone Should”