We few, We Happy Few 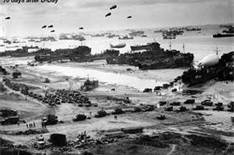 We band of brothers

For he that sheds his blood with me today shall be by brother;

Be he ne’re so vile, this day shall gentle his condition:

And gentlemen now in England now a-bed shall think themselves  cursed  they were not here,

Two years ago we laid the Honorable Stuart French to rest. In attendance were the other members of his class from Everett High that for reasons lost to time all joined the National Guard at the same time, were nationalized by the President in 1940 then joined the officer corps to be sent to the four corners of the globe during the Second World War. They all returned to their hometown Everett, Washington to settle and raise a family. Judge French was decorated during the war, and his friends spoke about his deeds in detail he never would.

Familiar in their mouths as household words, Harry the King, Bedford and Exeter, Warwick and Talbot, Salisbury and Gloster, Be in their flowing cups remember’d.

The values and virtues of what Tom Brokaw calls “The Greatest Generation” were evident in the stories told about Judge French, and one sensed these tales could be told of any of his peers. The contrast of the world view of these men could not be more distinct from the America that now surrounds them. Gone it seems is much is the selflessness, the sacrifice, or the sense of duty not only to act for the good but also to forebear.

The Stuart French generation does not take cheap shots, seek short term gains, or live solely in the moment. The bar did not have to encourage them to record pro bono hours or scold them in every issue of the Bar News for not being better men. It was not necessary. Instead you can count on them to do the right thing.

Listening to the stories about Judge French and his peers I sensed these were people who never got caught believing in the Big Bang theory of real estate values, a dot com bubble, or find themselves otherwise in jeopardy of insolvency by high living. They project a wisdom and sense of permanence that is hard to find at present. Their values were forged on the anvil of the Great Depression and the sacrifice of war to which all were called not just to defend the nation but to defeat fascism. They exhibit a genuine realism about how things are and have been. No media spin or the latest “twitter” on how things should be changes anything.

And those that leave their valiant bones in France, Dying like men….

Consider how death in battle was reported when Stu French was fighting the Nazi’s as opposed to today.  The nature of war is such that people get hurt. While every death is a tragedy, the difference for the Greatest Generation is they accepted this quietly, perhaps with more dignity. Deaths in battle were not fodder for media blitz every time a plane got shot down or a soldier was lost. I recall specifically one Veteran of a bomber group phoning up NPR during the 1991 Gulf war to question why the loss of a single jet was news. “Hell”, the gentleman said, “I was on one raid over Schweinfurt where we lost 60 planes, 600 men!” Things are what they are, and those are the facts one is dealt and so they learned to live with them. You don’t hear a lot of complaints.

These men evidence the foundational and best qualities of Americans as a race. Compared to the Greatest Generation, we hold our manhood’s cheap.