Perhaps MP Baldwin was ultimately correct about the bomb, if not the delivery system.

When uttered by Baldwin he was referring to  the idea that the skies above Britain would be filled with an enemy air force, but not the stodgy zeppelins that indiscriminately bombed the civilian population in the First World War. 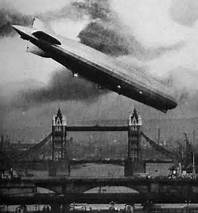 Instead he saw a vast armada of fixed wing bombers, bristling with weaponry to scare off would be pursuit airplanes that were designed to stop them.

Churchill too saw this as a real threat, and ordered huge numbers of coffins prepared for the population as war actually approached. Much like the bomb shelters Americans built in the 1950’s Britons were instructed in the means by which a family could survive a bombing raid by building a shelter in the garden. The corrugated metal sides and roof were issued by the government to households and the resident was left to fortify the sides in some means, usually dirt.

The comments about the bomber always getting through were part of an overall warning about unilateral disarmament. Looking at the results of the Spanish Civil War, he had reason to be concerned. The Germans showed up with sophisticated mono wing Messerschmitt fighters and the same bomber they would use in the Battle of Britain, the 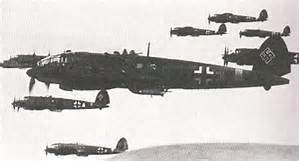 Hienkel 111, on the side of the Nationals. The Russians appeared on the side of the Republicans with aircraft that retained the bi-plane approach, but quickly recognized the upper wing had to go. None of them were there however to stop the bomber from getting through to a small Basque town in the Pyrenees, Guerncia. 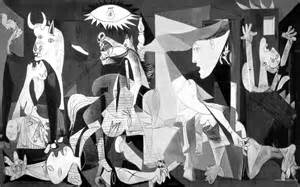 This experience solidified fears about what the bomber could do.

Noting the outcome in Spain Britain began managed to generate in a short period of time a few highly sophisticated single wing fighters of their own which were able to shoot down quite a few bombers flying over England in the early years of World War II when the skies did indeed fill with the enemy bombers, as Baldwin predicted.

But what do we do now when we are faced with an enemy apparently intent on getting through and ending it all as part of the process? They do not need vast economies to bring this destruction to us. And unlike the Japanese up against it at the end of the war sending out suicide pilots, here the war begins with suicide bombers.

I am afraid MP Baldwin’s prediction will ultimately be right. The bomber will always get through.