My wife and I ended up watching a rerun of NCIS on some syndicated station during a rain storm last week. A guest star was Lando Calrissian – an actor I had last seen in Star Wars. Time has not helped. 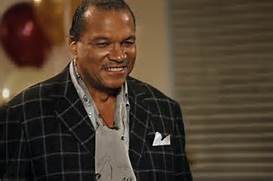 Gone to some back lot is the Millennium Falcon – the “fastest hunk of junk in the galaxy”. Returned from the back lot is Lando. No longer screaming across the galaxy, things are fairly slow for Lando these days.

This got me thinking about what the heroes of our 1970’s experience of viewing Star Wars multiple times have to show for the decades. Generally I am impressed as to how well preserved they are, if for most the fame has faded.

Yet we must recognize no matter where one goes in the universe the law of gravity continues to reign. What was once taut and proud is now fallen. What was once bigger than life is now human. 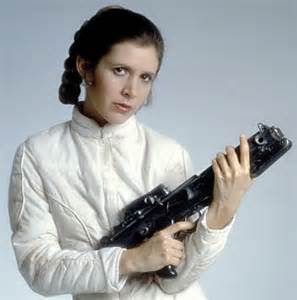 There were some unflattering photos of Princess Leia in later life I chose to not submit for your approval. Most reflect the portrait of a woman who was the daughter of celebrities, bound to fame whether she wanted it or not. The Empire that made her what she was to become, the motion picture industry, strikes back with bit roles well after their glory has faded.

And what about Han Solo? 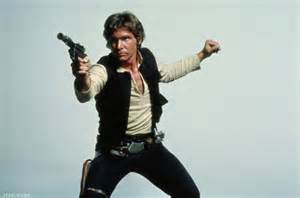 He was always pretty good in a fight, what of his fate? Not bad after a fairly long film career. 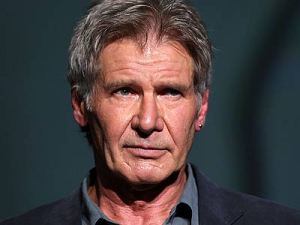 These people were bigger than life. No longer.

I completely identified with Luke Skywalker at the time the film was released. It was 1977, all my friends had left for University but for some reason I stayed in my hometown living with my parents, working and going to the local community college.

But no storm troupers came and killed my family while I was out fooling around in my mustang.

I guess all in all it is best to be an ordinary person rather than a Jedi Knight or movie star, and gradually get older around my friends so, unlike the Jedi, my return is not so disappointing.