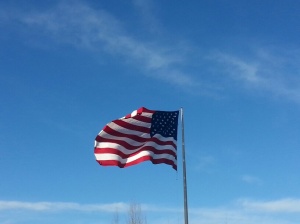 Four months into POTUS #45 I have decided to assemble all the words that keep coming back to me from what I have heard in the media and set them to music.

It takes only about two and half minutes due to the limited lexicon.

In the end I begin thinking we are living in a novel by George Orwell.

June 7th Addendum- Perhaps I am wrong, it is not Orwellian, but instead a scene from the Godfather-

After reporting the President wanted his loyalty the following selections from Former Director of the FBI James Comey prepared remarks to Congress, June 7th 2017 are worth reading:

When the door by the grandfather clock closed, and we were alone, the President began by saying, “I want to talk about Mike Flynn.”

“He is a good guy and has been through a lot.” He repeated that Flynn hadn’t done anything wrong on his calls with the Russians, but had misled the Vice President.

I had understood the President to be requesting that we drop any investigation of Flynn in connection with false statements about his conversations with the Russian ambassador in December.

I did not understand the President to be talking about the broader investigation into Russia or possible links to his campaign. I could be wrong, but I took him to be focusing on what had just happened with Flynn’s departure and the controversy around his account of his phone calls.

Regardless, it was very concerning, given the FBI’s role as an independent investigative agency.

2 thoughts on “Four Months of Trump”