All the heroes have fallen; Lance Armstrong, Bill Cosby, David Petraeus , and Atticus Finch all disappoint. Some even say that Walt Disney actually hated children.

The parade of shame inspired me to look around for a legend of the heroes that may remain, better people that may have lived a long, long time ago,  a time when people behaved better, and had more character than today. I tuned to the Bible, but what I found wasn’t exactly what I was looking for.

The name Jedidiah makes one appearance in the Bible and it is in the Old Testament. Apparently the name was given to this man child by the prophet Nathan when he was born to Bathsheba.

Now that sounds all wholesome until we learn he was the second child of Bathsheba, the first having died shortly after being born. So that is sad, but as we peel the onion back a bit we find things didn’t start well for this family.

See, Bathsheba was really married to a Hittite name Uriah, but the story goes King David decided she was a babe and had to have her. 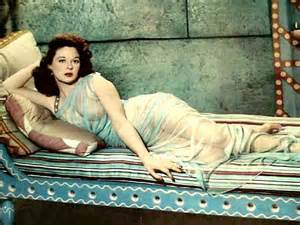 So he stole Bathsheba and they began doing what comes naturally. Here is what it says in Samuel:

Then it happened one evening that David arose from his bed and walked on the roof of the king’s house. And from the roof he saw a woman bathing, and the woman was very beautiful to behold.  So David sent and inquired about the woman. And someone said, “Is this not Bathsheba, the daughter of Eliam, the wife of Uriah the Hittite?”  Then David sent messengers, and took her; and she came to him, and he lay with her, for she was cleansed from her impurity; and she returned to her house.  And the woman conceived; so she sent and told David, and said, “I am with child.”

That is how people talked then, apparently. In the end things smooth out and Jedidiah grows up and starts going by the name Solomon, and the rest is history. He started a mega-church.

Perhaps what we learn from all of this is despite questionable beginnings, the occasional sin here and there, we are flawed individuals who can, if one chose to do so, through exercise of character, rise above our nature and live with honor and grace. Sin is a constant however, so we have to expect failure. But there is redemption, you just have to decide it you want it.

Maybe this is the story of Darth Vader.  Maybe this means the morality play is as old as time, only the characters portrayed are different.

May the Force be with you, and lets chose the bright side this time.

2 thoughts on “Return of the Jedidiah Knights”